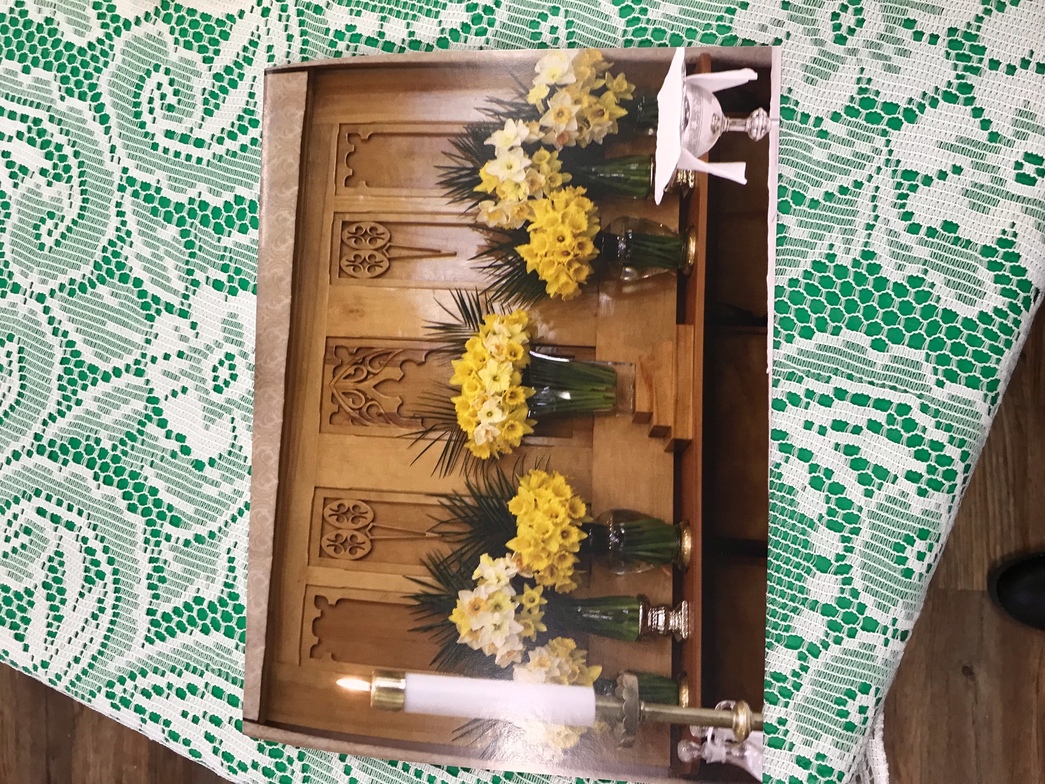 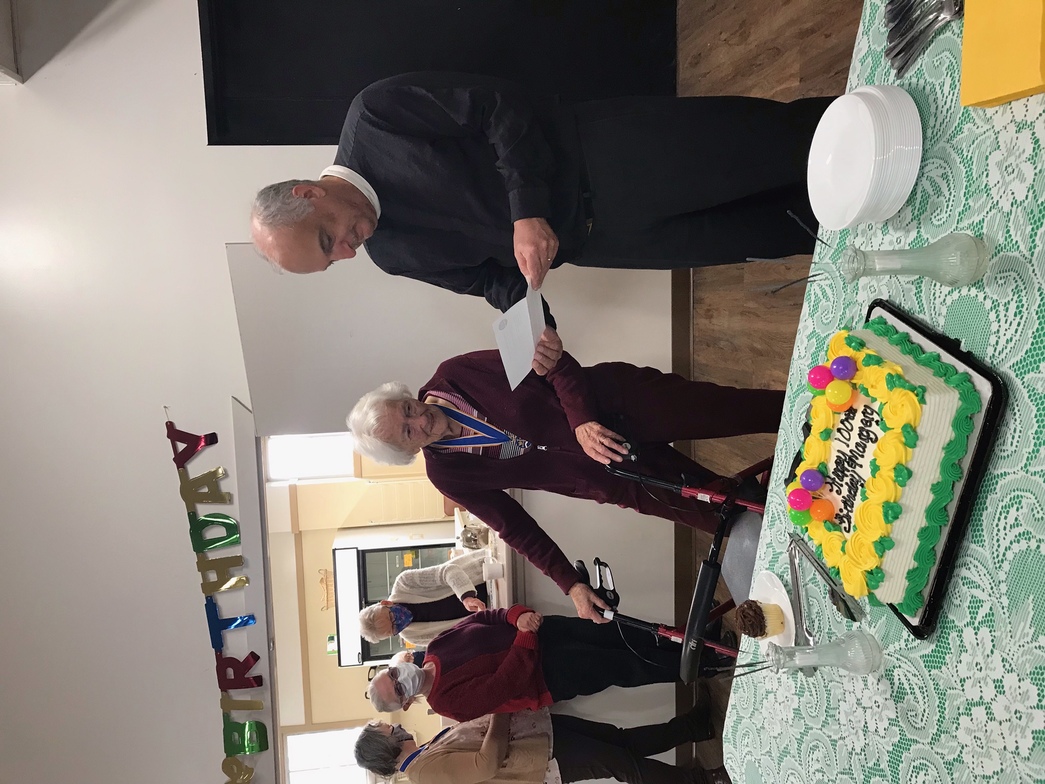 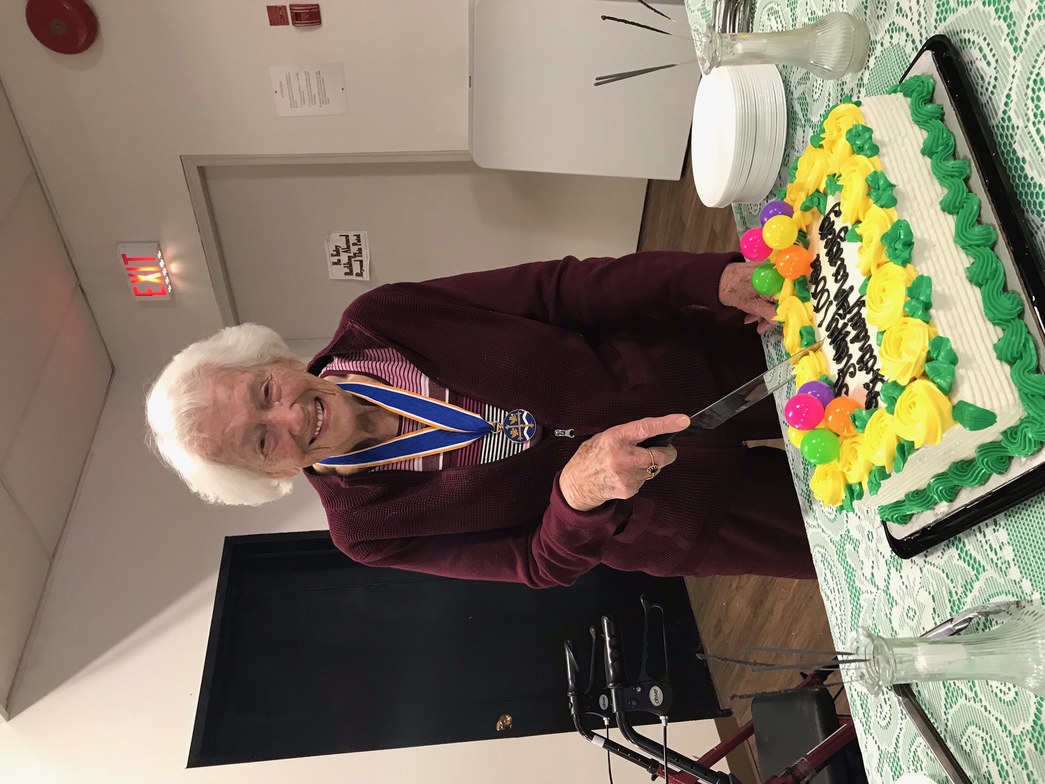 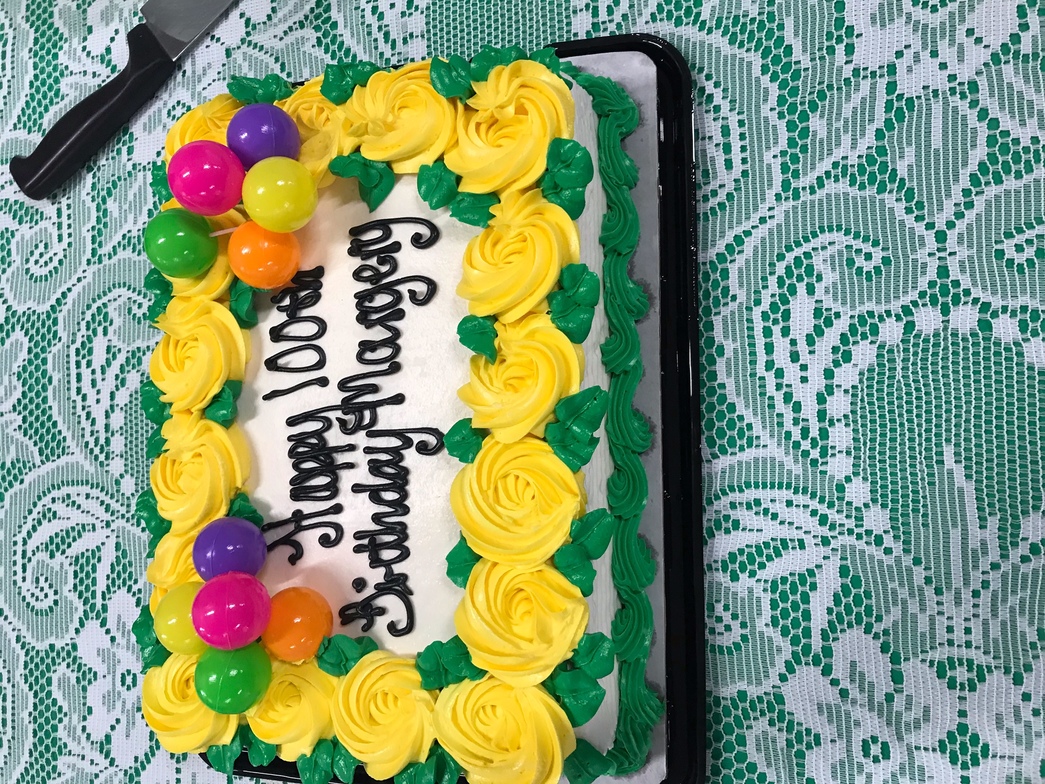 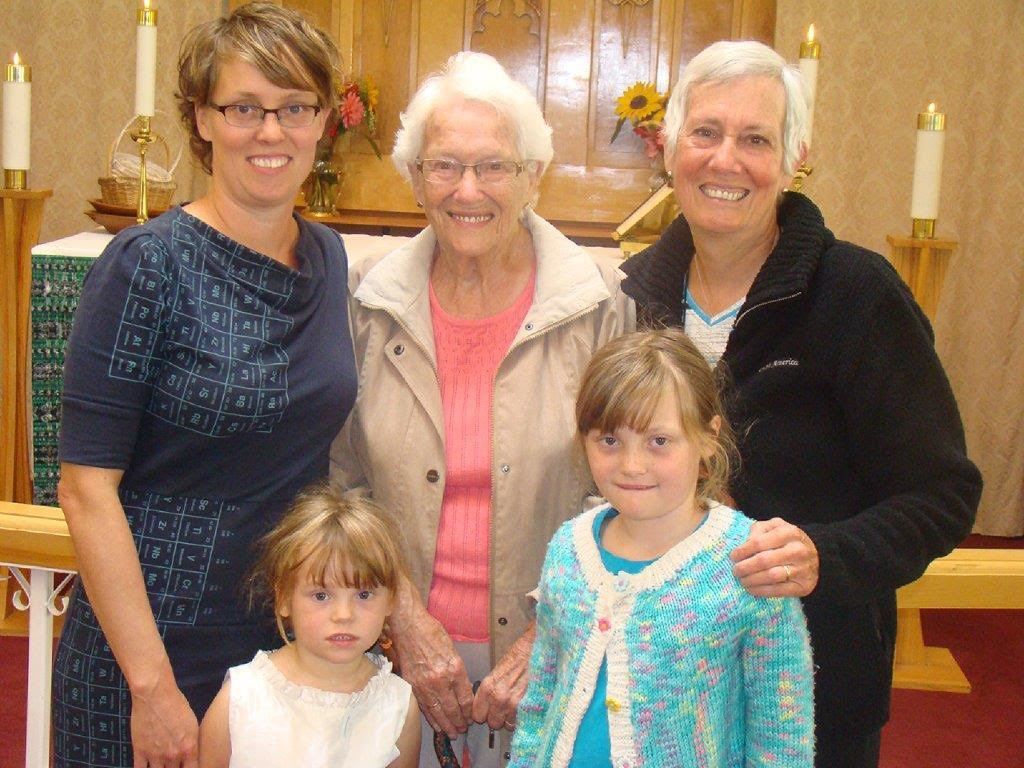 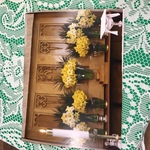 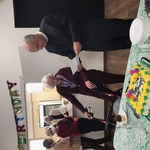 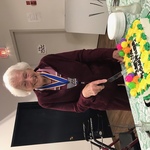 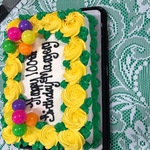 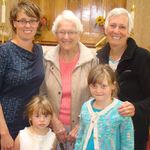 Margery Skerry, ODNW celebrated her milestone 100th Birthday on March 9, 2022. After a week of celebrations, on March 13, 2022, the parishioners of All Saints Mission gathered in the Church Hall to celebrate.

Margery was presented with a beautiful card, cake, and a letter of congratulations from Bishop John Stephens which was read aloud to the party attendees.

In 1946, Margery left England with her 3 ½ month old daughter to join her husband in Alberta.

For the next six years, they lived in two small towns, both with an Anglican church. She attended services and became a member of the Women’s Auxiliary. Thus began many years of involvement in church service and projects.

In 1952, her family moved to BC. They lived in Hatzic in the Municipality of Mission for many years. Their church, St. Peter’s Mancroft was part of the Mission parish. She continued her membership in the W.A. and joined the Altar Guild. There were many families in the parish, and they started a children’s choir. Margery and two other women sewed 18 surplices and velvet caps for the girls. During this time she taught Sunday School to the younger children. Inevitably the parish declined as families moved away and children grew up. In the 70s the church was closed and her family became part of the larger Parish of All Saints, Mission.

Margery was a member of the ACW and was involved in many projects. Over the next many years she helped at bazaars, lunches, teas, dinners, funerals, a few weddings, Dorcas and supported the Mission to Seafarers. For a few years Margery was also parish secretary. Margery continued with Altar Guild, served on Church Council and was a delegate to diocesan Synod. She sang in the church choir and was a reader.

In 1998, she took part in the prison ministry in Mission prison for the Protestant service. This was followed by coffee and a chance to talk and listen to the men. Margery says she received more than she gave.

Margery also participated in an outreach group that served a community dinner once a month.

For All Saints’ 100th Anniversary, she served on the committee that planned the celebration. Margery was responsible for the “100 Years of Fashion” show and planned the Devonshire Cream Tea.

Margery also helped make pies as a fundraiser for outreach. The money goes to local agencies working with the poor and to two overseas projects.

Up until COVID-19 she enthusiastically attended ACW meetings and on Fridays put together the bulletin for Sunday worship.

Margery's children are all married, she has 6 grandchildren and two great grandchildren. Margery feels very blessed because they all live close by which enables the family to get together often.